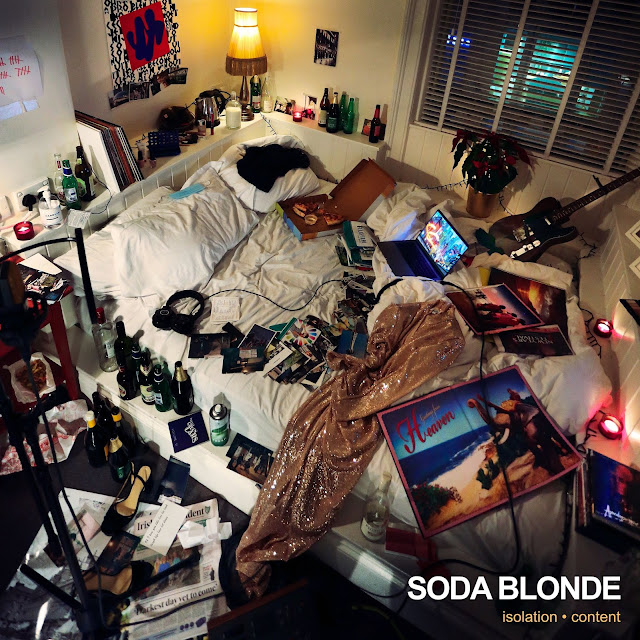 Since the formation of Soda Blonde last Summer, they have been going from strength to strength. Their debut single Swimming Through The Night was phenomenal and that was followed by the equally brilliant Terrible Hands. Now the band have released their second EP isolation-content on Bandcamp with a streaming release on May 29th.
Lead singer of the group, Faye O'Rourke wrote an amazing piece on life in lockdown and how the EP came about. Read it in full:
"What happens behind closed doors? We are all behind them now. Time to be with family, new remote opportunity, creativity. Less money, more money. The loss of jobs, life, inhibitions. Time to appreciate every single thing. What was insignificant and mundane before now becomes sacred. A new era of late stage capitalism. At first it was only a whisper, a statistic. Something that was barely tangible. Now it’s more real than anyone could have comprehended or dreamed. Did we just have an election before all of this? Who cares. I don’t need to go on telling you what we all already know.

I find myself in the Liberties with my partner. A place usually known for its vibrance and authentic Dublin spirit now resembles a dystopian suburb of the year God-knows-when. Adam, in an unusual and slightly Kubrick-esque circumstance, finds himself the caretaker of a deserted hotel on George’s street with possibly the only working Guinness tap in the city centre (how I hate you, Adam!). Donagh and Dyl are living in the suburbs with their families, where the food is great and the company is – arguably – even better.

After the initial day or so of adjustment and excessive drinking, Adam suggested that we launch into a new project, an EP, in the pursuit of some productivity and sanity. No frills, just whatever we could come up with. During the first week of isolation I sat down with the guitar and started to write. I decided that whatever chords came to me first, I would continue with. As a pedantic and fastidious person this was a new approach for me. I found that as soon as I started to write I began to subconsciously unpack my impending feelings of solitude, but also a deep and unyielding sense of solidarity. I hadn’t been daunted at that stage by the prospect of prolonged isolation, but who knew it was going to go on so long or what this pandemic would take away from us? The circumstances completely annihilated my plans, my job prospects and any chance to hold my 90 year old grandmother’s hand. It’s also been testing my own relationship and its longevity. The isolation has become a microwave for relationships; anything not meant to be in there will inevitably explode. Thankfully, our recent engagement (after a lengthy courtship of two months) has not proved to be a forgotten spoon or flammable packaging – all is well in the kitchen (apart from our defective hob which turns off and on of its own accord). Truthfully, this will have been the ultimate litmus test for our compatibility, or patience.

The alchemy of this project is simple: after the initial sample is taken from me, it’s then sent off to the lab where Adam can dissect and analyse what the fuck is going on. He makes a few suggestions about structure and then lays down the foundational ‘vibe’ for the track. It’s then sent off to the rhythm section for further critical analysis and expansion before making its way back to me to hear the first draft of the song. Not long into early stages of the project the brief abruptly changed. It shifted from the previous pursuit of sanity and time consumption into something immensely more important. Our usual work ethic of meticulousness and devotion to every detail was reinstated.

It’s not easy to work in isolation. Being physically absent from each other means productive criticism sometimes comes in the form of a WhatsApp message which, if you’ve had a hard day wrangling the malfunctioning kitchen hobs or screaming at an inanimate jigsaw, isn’t always read in the way it was intended. But wholeheartedly, I think it has deepened our connection and pushed the boundaries of how and why we create anything at all. We’ve been through so much as a band. It’s just another chapter added to our incredible story as colleagues and as a family.

This EP bares no constraints; it simply is exactly how we feel with unguarded candour. We made it to be more connected to one another, to be more connected to whoever is listening. Hopefully, we made this EP to be lasting and resolute; to mark this fucking mental time and to explain how it felt to those people who will listen in the future, having not experienced it. We encourage and salute all creatives soldiering on during these times of hardship. Music, like all creativity, strives to reflect something universal and resonant. Now more than ever, we hope that our work lives within this sentiment. We send our gratitude to the frontline workers who’ve proved themselves more vital than religion could ever claim to be and we send all our love and good wishes to each and every one of you.

Take it a day at a time. We’ll see you on the other side."


Watch the video for June here:

The EP begins with I Hear Birdz which is motivational and downright funky. The beat is incredible and the power of Faye's unmistakable vocals really push this song into the awesome category.
Next up is Motion. This track is an 80's synth pop style banger. You can't help but feel uplifted and joyful after hearing this.
The hopeful June follows which is a tale of what the band can hopefully get back to doing after the lockdown is lifted. Its downtrodden vibe is offset beautifully by Faye's reassuring voice.
The EP concludes with A Day At A Time. The song is a much dancier affair whilst repeating the mantra of taking it a day at a time.
This EP is glorious. To sum up, I absolutely fucking love this band. 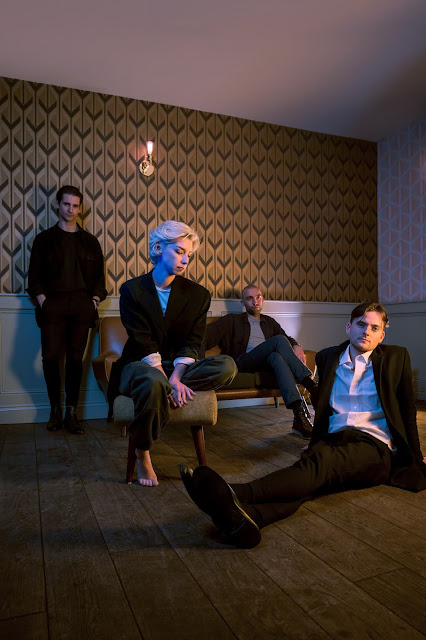