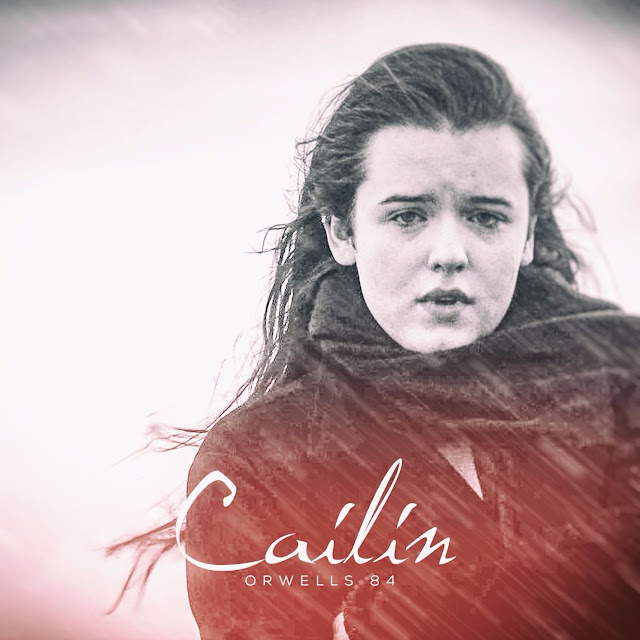 Orwells '84 are currently a 6 piece band from Dundalk, Co. Louth. Given the amount of additions to the band over recent years, this is subject to change as they continue to grow. Formed in 2016 by Damien McKenna, John Mellon and Sean Byrne, they later added Ella Englishby and Zoe Backwell. In 2018, Pauric McCrum joined the band and completed the lineup.
Influenced heavily by Nick Cave, David Bowie, Led Zeppelin and Arctic Monkeys, its safe to say that Orwells '84 have a broad and varied sound which fuses neo psychedelic with blues and rock n' roll.

Their first single "Eye For An Eye" was released in 2017 to an already excited audience. The follow up single "Broken Glass" was released in March 2018 which again garnered great reviews and solidified themselves as ones to watch. Now they return with their latest single "Cailín".

From the very first chord, "Cailín will have you hooked in. It has a Stone Roses/Kula Shaker vibe which really works with the captivating vocals. The sound created by all 6 members marries together beautifully and creates a genuinely incredible track.


Having played some of the top small venues in Ireland including Spirit Store and Whelan's, Orwells '84 are looking to expand across the nation this year and hopefully add some festival performances to their CV.