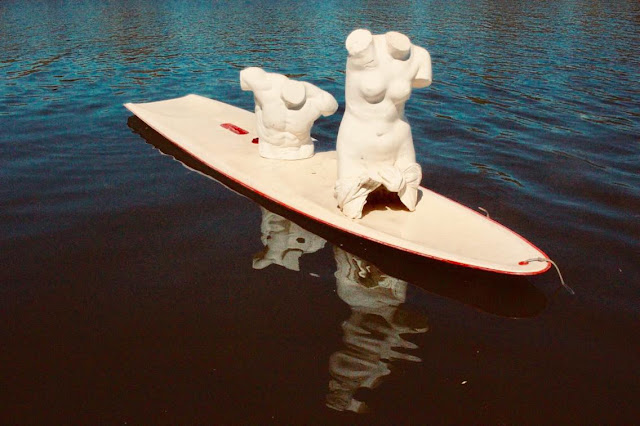 Zola Daze is the mystical culmination of Andrew Martin's diverse musical journey from playing drums as a kid, playing in a metal band, playing alongside monks, playing in a Glam rock band and then becoming the lead singer of another band. All of these experiences have sculpted Zola Daze's interesting and captivating sound.
The young Cork man has recently recorded his self titled debut EP at Orphan Studios in Dublin. What makes this EP extra impressive is the fact that Andrew played every single instrument himself which showcases just how musically talented he is. With influences such as Pink Floyd, Jethro Tull, Jeff Buckley, Van Morrison, Led Zeppelin, Rolling Stones and The Beatles, you can definitely expect the EP to have many eclectic sounds and intriguing depth.

The first single to be released by Zola Daze is "Sun Bleached". The song itself transcends genres beautifully. The underlying back beat is gloriously reassuring, the vocals are sublime and the guitar riffs are absurdly wonderful.
Considering this is Zola Daze's debut single, it's pretty much as close to perfection as you can get.
"Sun Bleached" will be released on July 13th and you will really want to check it out for yourself. In the meantime, stay up to date with Zola Daze and like the Facebook page: Zola Daze Facebook Page.