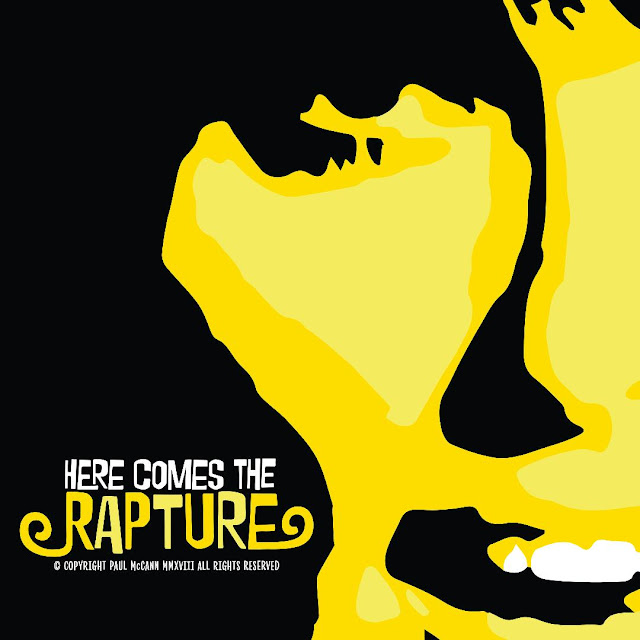 Paul McCann is a singer songwriter and multi instrumentalist hailing from Co. Cavan. Since 1996, Paul has been playing in various bands including Aine Cahill's band and a Johnny Cash tribute act called Get Rhythm. He has also played live gigs with the likes of The Strypes, Pugwash and Nelson Bragg.
Paul released his debut EP "The Magician" in 2015 and received some very high praise and recognition. He followed that up with another EP "Beginning To End". He lists Jack White, Johnny Cash and The Divine Comedy as his main influences.

The opening track on the album "Keep The Devil Within" is a great way to kick things off and set you up for what to expect from the rest of the album. It's power pop at it's finest and it definitely has that sing-a-long feel good factor.
"It's Only A Fantasy"  follows in the same vain but certainly has an 80's vibe to it. Think George Harrison meets Tom Petty and you're in the right ballpark. This will also be the first single to be released from the album.
The third song "Miss Self Deprecating" is a reassuring tale of Paul telling Miss Self Deprecating that she is actually beautiful. Another poptastic effort.
The pace slows on "Release Me" which may actually be the best song on the album. The music is disturbingly beautiful and the vocals are full of hurt and sorrow. Depressing but in a good way.
"The Magician" is a track that starts off sounding a bit Liam Gallagher-ish but then builds into something way better. This particular lyric is tremendous: "It really comes as no surprise, you're the reason for my demise".
The title track "Here Comes The Rapture" is the only song that doesn't stand out. I can't put my finger on why but it missed the mark for me.
"All The Words You Say" showcases that Divine Comedy influence that Paul mentioned. It's a beautiful track with great music and gorgeous backing vocals.
"Scarecrow" takes on a much more grunge rock sound. There's definitely hints of Nirvana and Queens Of The Stone Age mixed with creepy circus music. Incredible song!
The penultimate offering "Charge" continues on the heavier vibe which has really set up a thrilling end to the album. The strings are phenomenal in the background.
The album comes to a finish with the captivatingly endearing "Blinded". Wow. Just Wow. 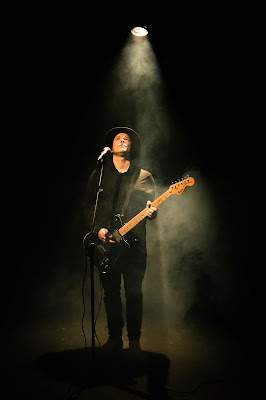 "Keep The Devil Within" begins with some fantastic power pop songs, it then changes tempo and gets a little darker, there's a very slight lull in the middle and then an incredible crescendo of unbelievably good tracks at the end. Songs like "Release Me", "Charge", "Scarecrow" and "Blinded" are truly magnificent.
Paul McCann will release this album on September 28th with "It's Only A Fantasy" being released as the first single.